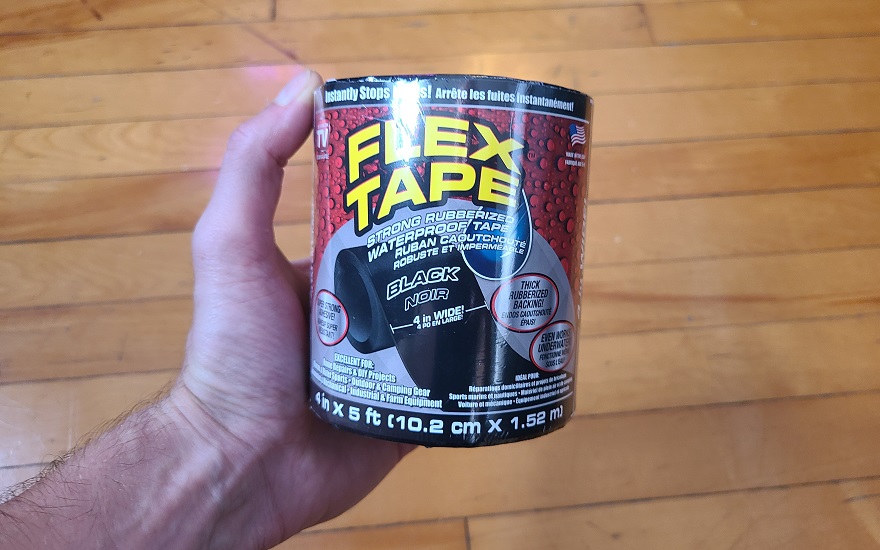 If you’ve ever been browsing cable TV in the wee hours of the morning – then you’ve likely run across the adhesive tape with seemingly magical abilities to repair leaky pipes, damaged roofs, and even boats sawed in half!

While the infomercial is nothing if not entertaining, you’re probably wondering “does flex tape really work?”

The manufacturer claims flex tape is able to instantly patch, bond, seal, and repair a variety of materials – and can even be used underwater! I’m a bit of a skeptic, so I thought I’d put these claims to the test and see just how well flex tape works in several real-life applications.

For the first test, I decided to test how well flex tape would work at sealing a large hole in a plastic bucket. The infomercial features several examples of sealing leaking holes in plastic containers, so this seemed like a logical place to start.

I started with a standard 5-gallon bucket and drilled a 1 ¾” sized hole in it using a hole saw. I then patched it with flex tape both on the inside and outside of the hole. 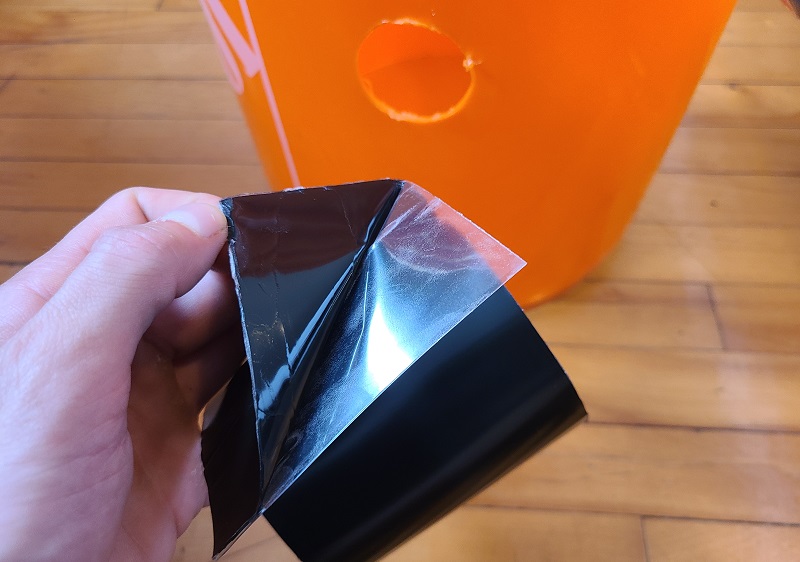 The manufacturer recommends applying the tape to both sides of a repair, which I noticed many users who were having issues weren’t doing.

After smoothing out the flex tape to remove any air pockets, I filled the bucket with water above the level of the repair. To my surprise, the tape did its job perfectly.

There was no leaking whatsoever, and the tape held the water back completely. I performed this test about 5 minutes after applying the tape, so there was no long curing period involved.

The next test I performed was intended to simulate repairing a leaky or damaged section of PVC pipe in your home.

I started by drilling a couple of small holes into a section of 2 inch PVC pipe I had lying around. Then I applied flex tape to the outside of the pipe, sealed off one side with an end cap, and began to fill the other end with water.

This time a small trickle of water began to leak through the tape rather quickly. I tried to fix it by applying pressure with my hand, but the leak continued to flow. Keep in mind tape was only applied to the outside of the PVC pipe, so I figured I’d try the test once again with flex tape applied to both sides.

This was actually a little difficult to do, as applying the flex tape inside a 2” wide section of PVC is an exercise in patience and hand-eye coordination.

Once I had the tape applied to both sides of the pipe, I once again filled it with water. This time the repair held back the water and prevented any leaks from developing.

I’d consider this a marginally successful test, as it worked well when both sides of the PVC were taped. The flex tape infomercial features leaking PVC pipes being repaired by a hand slapping section of tape to the outside, which seems unlikely to work in a real-life home repair scenario.

For the last test, I figured I’d test one of the more outlandish claims in the flex tape infomercial – the ability to use it underwater! This was by far the most challenging test to perform, as I wanted to emulate sealing off a water leak while it was actively flowing. 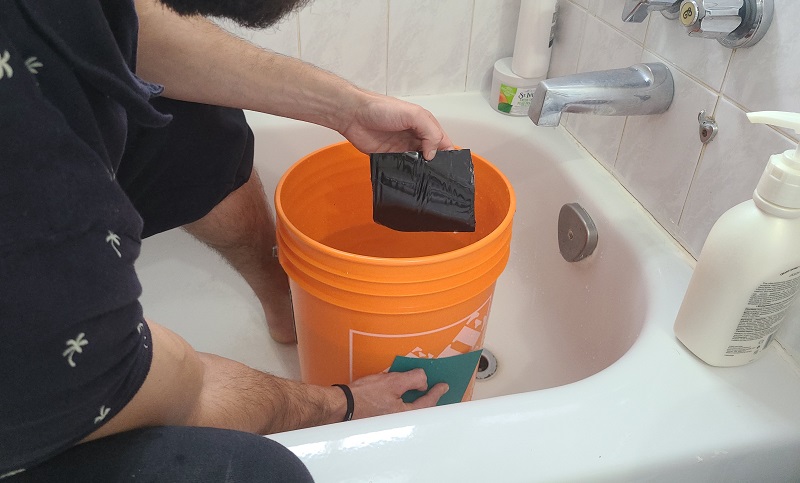 For this test, I drilled another 1 ¾ inch hole in a 5-gallon bucket. I then filled the bucket up with water while holding a small piece of plastic on the outside of the hole to prevent all the water from gushing out.

Then, I removed the plastic allowing the water to flow, and hurriedly applied a strip of flex seal underwater to cover up the hole.

To my shock, it stopped the leak completely! No water trickled through the gap at all.

I’m not sure why this test was so successful while the PVC one developed leaks, but it may have something to do with the effect of water pressure sealing the tape against the hole.

First, this stuff is seriously sticky! I’m talking glue trap sticky. While using the tape, you’ll need to be careful to avoid it getting stuck to your fingertips or to the wrong part of the work surface.

It also feels impressively thick and sturdy, which seems to give it the strength to contain water under pressure.

Secondly, the tape is not designed like duct tape or packing tape. The roll of tape has a strip of plastic backing on the sticky side that you’ll need to remove before you can apply the tape. This is what enables the adhesive to be so powerful, as it’s not stuck to itself like most rolls of tape are.

And last up, cutting the tape is a little tricky. Because this stuff is so sticky, there is a tendency for the edge to stick to your scissors or knife while cutting it. This is a relatively minor issue but makes quickly cutting strips of tape challenging.

If you’re wondering how long flex tape lasts for, check out my post here.

All in all, flex seal performed well in a variety of situations and certainly exceeded my expectations as far as patching and repair adhesive goes. While I’d never used flex tape before this test, I’d have no hesitation reaching for it for small repairs around the house, especially when waterproofing is required.

Flex tape retails online for about $12.50 for a 4-inch x 5-foot roll, which isn’t cheap, but seems about par with other patch and seal adhesive tapes.