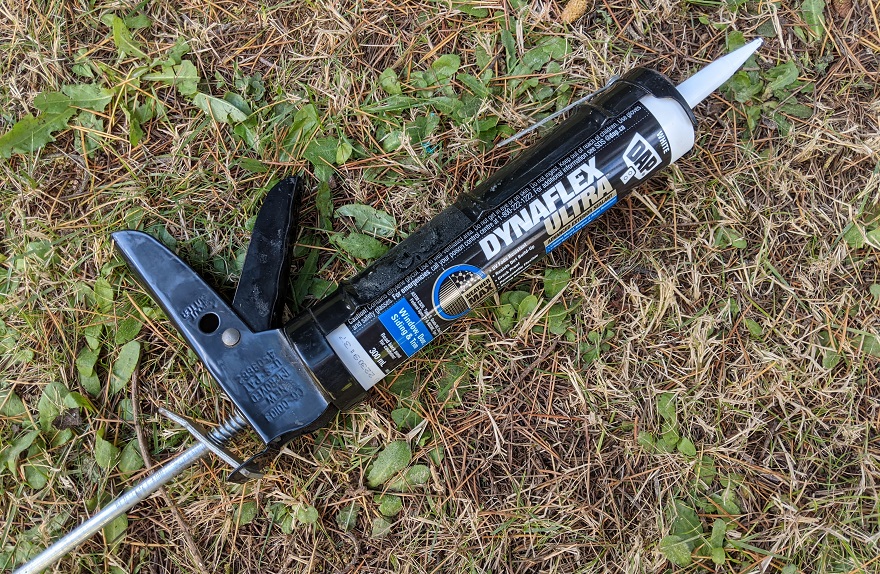 If you’ve just picked up a caulking gun and are wondering “how do I load this thing anyway?” – don’t worry – you’re not alone. While caulking guns have been around forever and fairly simple tools, loading and unloading them requires a bit of know-how.

A caulking gun, when used in conjunction with a tube of caulk, enables you to efficiently lay down a bead of caulk anywhere you need it. You’ll be able to seal off showers, sinks, windows, and much more – but before you can do that you’ll need to know how to load one.

I’ll explain how to load a caulking gun in step-by-step detail – so you’ll be able to start applying caulk in no time.

First up, you’ll need to cut the caulking tube tip to create an opening. Before you do this take a look at the seam you plan on applying caulk to. You want to roughly match the seam size to the size of the hole in the caulk tube.

You’ll want to cut the end of the tube at roughly 45 degrees. This will give you a nice even bead of caulk when you depress the trigger.

Most caulking guns have a small circular cutout in the handle designed specifically for this task. Simply insert the end of the caulk tube through the cutout at a 45° angle, and then squeeze the trigger to cut the tip.

If your caulking gun doesn’t have this feature, you can do the same thing with a sharp utility knife.

One thing to keep in mind is that if you cut the tube end too wide, it will be difficult to apply a narrow bead of caulk with it. There’s no way to go back and make the opening narrower, so it’s a smart idea to err on the side of too small rather than too big. 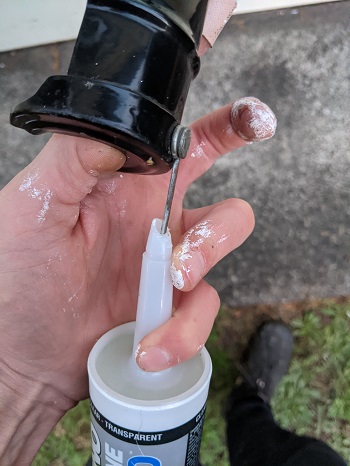 You might not realize it, but caulking tubes actually have an inner seal that needs to be pierced before any caulk will begin to flow.

After you’ve created the tube opening, you’ll need to break this inner seal before you can start using your caulking gun. Most caulking guns have a thin wire poker tucked away under the nose or handle exactly for this purpose.

If your caulking gun doesn’t have one of these, then you can also use a coat hanger or nail to complete this step.

Next up, you’re ready to load your cartridge into the caulking gun. Every caulking gun is designed a little differently, but in most guns, you’ll need to slide the metal rod all the way back to fit the cartridge in place.

Some guns require you to depress the trigger in order to slide the rod back; others will have an alternate way of releasing this rod.

Load the cartridge by placing it nose-first into the gun. Then position the rear of the cartridge in the slot, and depress the trigger until you see the caulk start to ooze out.

How to Unload a Caulking Gun?

Unloading a caulking gun is pretty much the above steps in reverse.

If you want to reuse the cartridge, seal the end of the caulking tube with some shrink wrap or the included cover and store them somewhere dry and away from direct sunlight.